A copy of Harry Potter and the Philosopher’s Stone autographed by J.K. Rowling is being auctioned on eBay UK and the money from the sale will be donated to help patients diagnosed with multiple sclerosis. 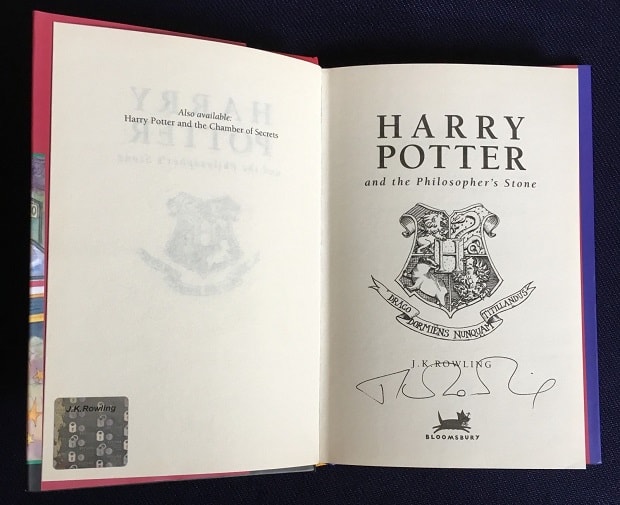 The auction is being organized by Linda, the mother of a boy who was diagnosed with the disease at age 15. Linda sent a letter to J.K. Rowling telling her story and, in response, received a book autographed by the author to support her cause.

Linda has a Facebook page where she discloses auctions of several items. All money raised is donated to The Anne Rowling Regenerative Neurology Clinic in Edinburgh. The clinic was opened in 2013 with donations from J.K. Rowling.

Since 2015, Linda has raised over 35 thousand pounds in auctions.