The Making of Harry Potter

Warner Bros. Studio Tour in London has just announced a series of attractions related to the Dark Arts to celebrate Halloween. From September 28th to November 10th, the Great Hall will be decorated with 100 floating pumpkins, as seen in Harry Potter and the Philosopher’s Stone, and the tables will be full of traditional Halloween food such as pumpkins and lollipop cauldrons.

They will also host interactive activities during the celebration. After participating in a duel class with the films’ battle choreographer, Paul Harris, the visitors will be able to duel Death Eaters and participate in a demonstration which will recreate a scene from the Battle of Hogwarts. The studio will also promote two costume events on October 6th and 7th and will offer gifts to the cosplayers. 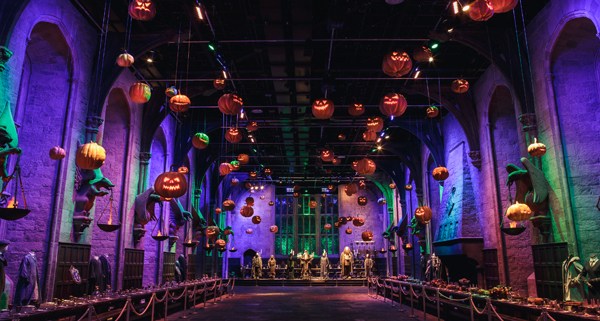 The tickets cost £41 for adults and £33 for children. Tickets must be bought in advance on the official website. Sales open at 10 A.M. on August 14th. All extra activities, including the costume events, are already included in the price.

More:
Donate to Lumos for a chance to win a trip to New York to watch Cursed Child