“Fantastic Beasts and Where to Find Them” official Twitter announced the pre-sale and preview for two songs that will be a part of the film’s soundtrack. Unlike a full album, the record will have only two songs, both being the first recordings of the songwriter James Newton Howard (The Hunger Games, Maleficent) for “Fantastic Beasts”.

The reason for the lack of songs is simple: the vinyl will be 12-inch single, specially made for collectors on a limited edition with stamped film shots.

Check out the songs’ preview and pictures of the record on the news’ extension.

Pre-sale is available on Amazon, and the record is expected to be released on November 4th.

News on the full soundtrack for “Fantastic Beasts and Where to Find Them” to be released soon. 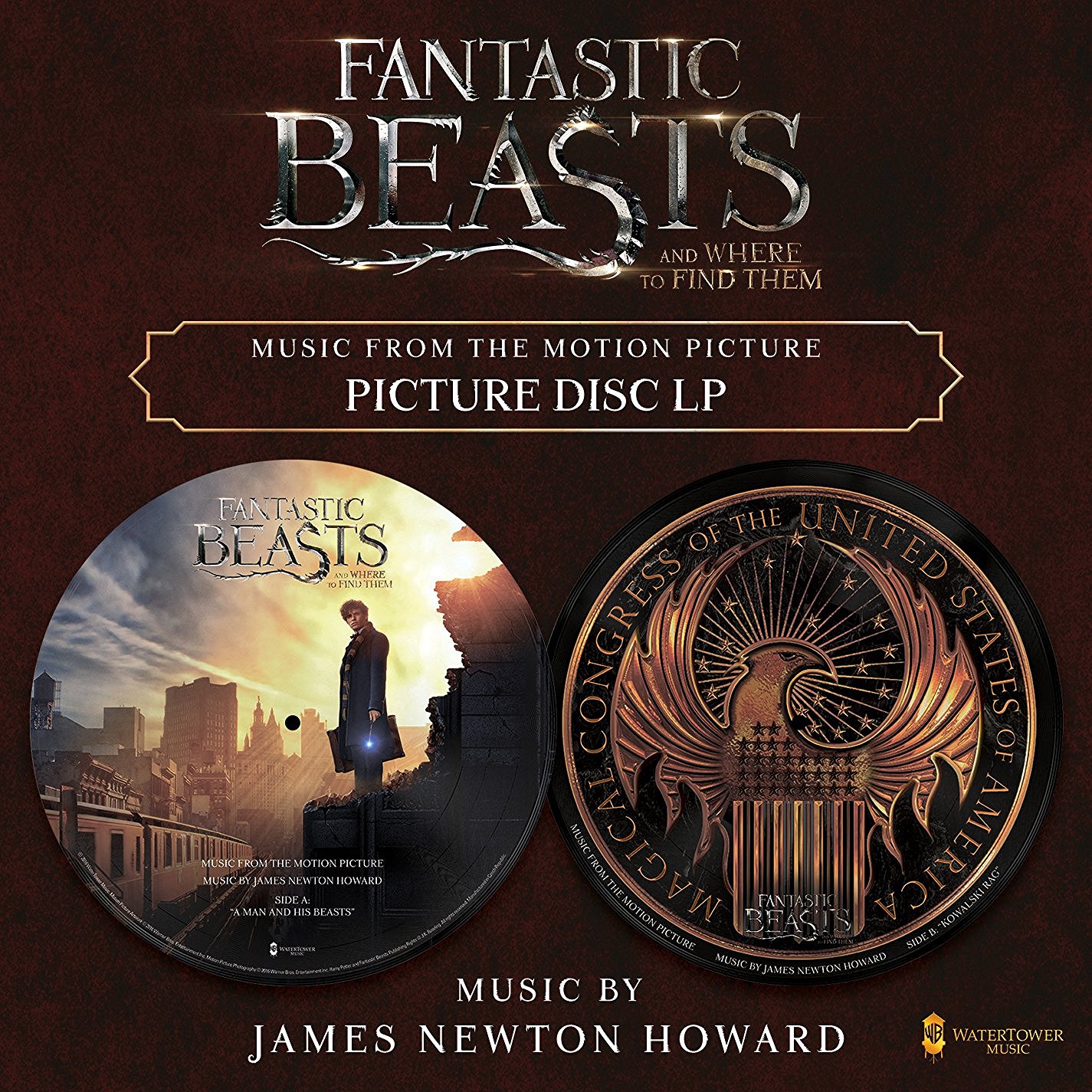 The record has a song on each side, them being “A Man and His Beasts” and “Kowalski Rag”, the theme song of the “no-maj” Jacob Kowalski.