Following the press conference that happened on Monday (14), which Potterish attended, actors Dan Fogler and Alison Sudol talked about their characters and the impressions they had on the extension of J.K. Rowling’s Wizarding World.

The inseparable duo was interviewed together. Dan Fogler, who plays the no-maj Jacob Kowalski, started the conversation, talking about how much he appreciated the film and noticed that Rowling’s universe resembled a little others that we know.

The actor confessed he wasn’t really excited until he got really into all of it, using his love for “Star Wars” as an excuse. As he deepened his knowledge on Rowling’s work, Fogler soon realised the story followed the same hero journey and character archetype we’re used to. But in comparison to “Star Wars”, the actor says the Wizarding World is much more tangible and elegant than George Lucas’ distant galaxies. 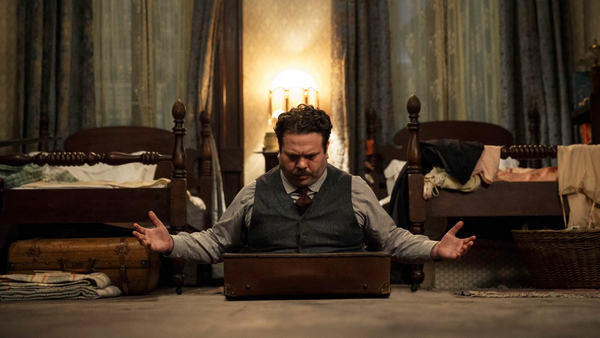 That discovery can be applied to the actor’s character. Being the first non-magical main character of the franchise, Dan says that Jacob is iconic like Lewis Carroll’s Alice and Max from “Where the Wild Things Are”. Both characters are a gateway to the unknown. In closer comparison, Jacob is like Nick Bottom from “A Midsummer Night’s Dream”, and Dan, who have played him multiple times, says there are lots of similarities.

And speaking of the unknown, Alison Sudol talked about the differences between the wizarding society in America and England. To the actress who plays Queenie Goldstein, the most remarkable one is the persecution and oppression suffered by wizards during the time, with clear distinction, separatism and fear in the air.

Alison revealed there’s also differences in the way American wizards use their wands. The actress imagined already knowing how to use them, based on the “Harry Potter” series, but had to learn it again. After all, her character went to Ilvermorny School of Witchcraft and Wizardry, not Hogwarts.

Still about wands, Alison said the actors were authorised to develop, according to their characters and characteristics, an individual way of producing magic. For her, each character’s individualism is an incredibly American trait, as well as pride. Besides that, she imagined that, opposed to British wizards, American wizards camp and gather around a bonfire, like we typically see in several features of the US culture.

Previously know by the artistic name “A Fine Frenzy”, the artist was a prestigious singer. Her experience as a musician helped her shape Queenie, who shares the vulnerability Alison put in her songs, showing certain musicality in her gestures and speech, said the actress.

According to Dan, the humour he added to the film is inspired by classic silent films, looking up to movie icons from the 1920’s to do the comic scenes with Eddie Redmayne, specially Laurel and Hardy. Actors like Charlie Chaplin, Buster Keaton and Max Linder inspired him as well. 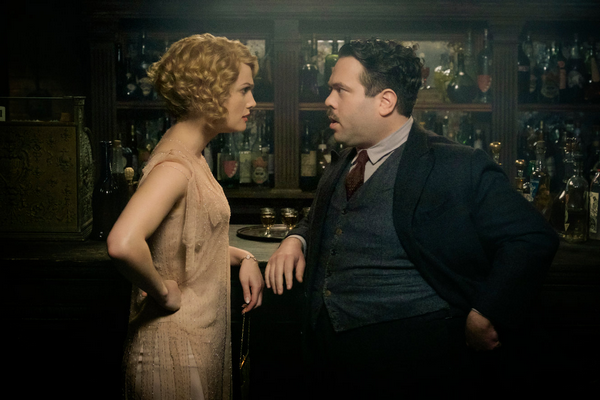 On the matter of the film’s sequels, Fogler said he would love to see another one being set in the US. On the other hand, Alison thinks it’s lovely that Americans’ open mind will allow interesting or funny experiences in Parish, such as Jacob trying to communicate in French.

Directed by David Yates and produced by David Heyman, “Fantastic Beasts and Where to Find Them” premieres on November 18 and is J.K. Rowling’s debut as a screenwriter.