Fantastic Beasts 2 is about the dangers of Absolutism, says the producer

In an interview to the August edition of the British magazine EMPIRE, producer David Heyman discussed the political matters involving Fantastic Beasts: The Crimes of Grindelwald. “It’s about the dangers of absolutism and feudalism,” he says referring to the villain Gellert Grindelwald, who escapes from MACUSA prison and begins to conquer followers for the wizarding supremacy cause.

“For me, Grindelwald is a scarier villain [than Voldemort]. He’s very persuasive. One can see the rationale in his arguments — which doesn’t mean his methodology is right.”

At the time a Hogwarts professor, Albus Dumbledore appears to defeat Grindelwald, who he had once loved and knows better than anyone. “An important thing to remember about Dumbledore is that he is a master manipulator. He manipulated Harry.”

EMPIRE also revealed a new picture of the movie, which shows Newt along his magic case. Inside it, there is a newspaper clipping revealing that Tina Goldstein has returned to her Auror position and, beside it, drawings of a marsupial rat and a snail. The notes are illegible due to the resolution of the image. 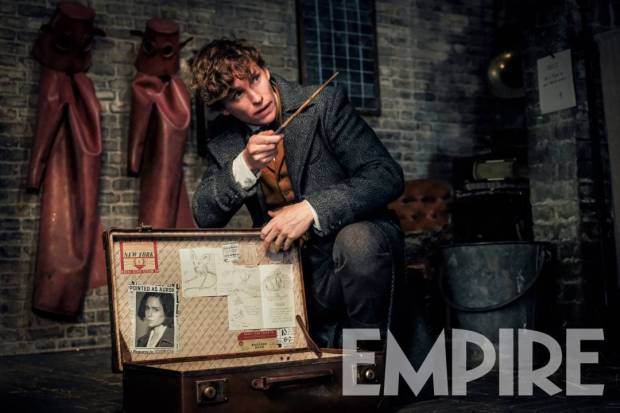 More:
+ 8 magical creatures which will be in Fantastic Beasts: The Crimes of Grindelwald

Fantastic Beasts: The Crimes of Grindelwald takes place in New York, London and Paris, with references about Harry Potter series. The movie premieres on November 16th, 2018.