After the eight movies of the Harry Potter franchise, the actors have gained the appreciation of the public. One of the greatest bets of the “post-Potter” era was Emma Watson, currently one of most profitable actresses of Hollywood, working in projects with big producers, directors and actors of the industry. In this column, we list nine movies starred by Emma Watson after finishing her involvement with the Wizarding World of J.K. Rowling.

Watson’s first work away from Hogwarts was in the gracious television production Ballet Shoes (2007), shot in the gaps between filming Goblet of Fire and The Order of the Phoenix. Following, she lends her voice to Princess Pea on the animation The Tale of Despereaux(2008). But it was only after finishing Deathly Hallows that the actress started to trail a more interesting path in cinema. 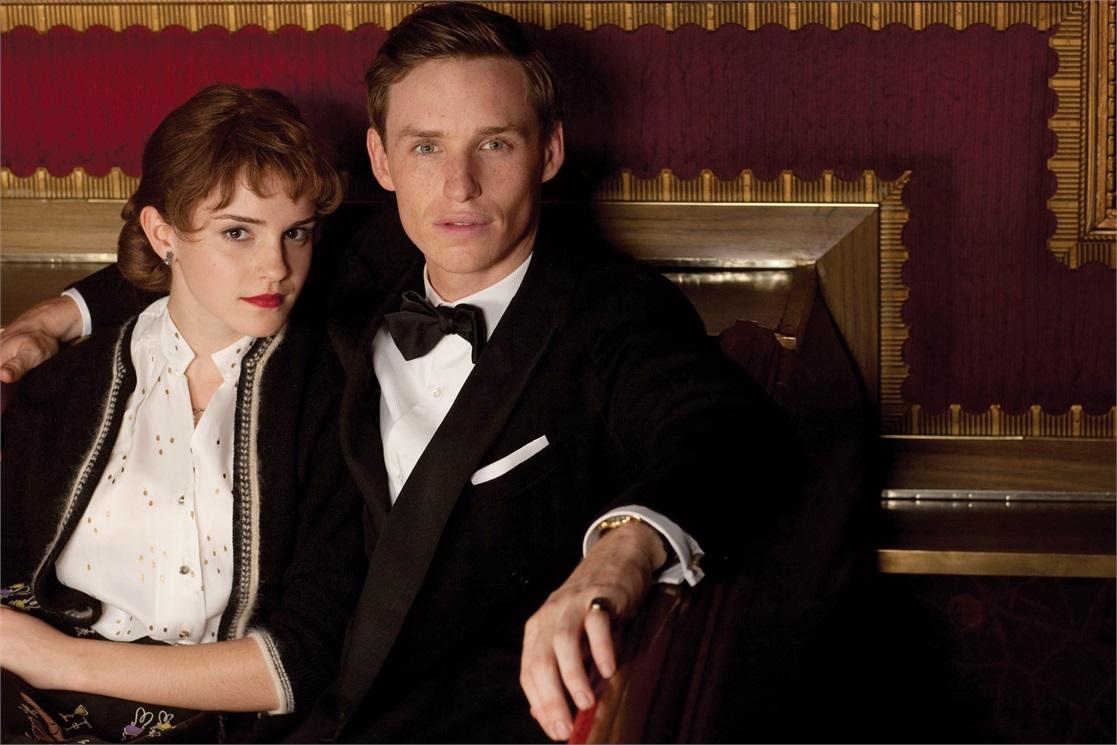 In the same year the Harry Potter franchise came to an end, Emma Watson acted in My Week With Marilyn. She had shot her participation in a few days while studying at Brown University.

Starred by Michelle Williams playing Marilyn, Eddie Redmayne (Newt Scamander) and Kenneth Branagh (Gilderoy Lockhart), the movie portrays the story of a man that met the woman behind the myth. Colin Clark, played by Redmayne, wrote a memoir about the days he was assistant to the movie The Prince and the Showgirl and got involved with the superstar Marilyn Monroe.

The movie offers new and interesting perspectives on Monroe – as all her difficulty to deal with coworkers and her distressing personal life – as well as promotes a rightfully reflection about the significant role the actress had in Hollywood.

Emma Watson plays Lucy, the supporting role of a young and passionate costume designer who gets involved with Colin, but sees the man falling for the legend that is Marilyn Monroe. 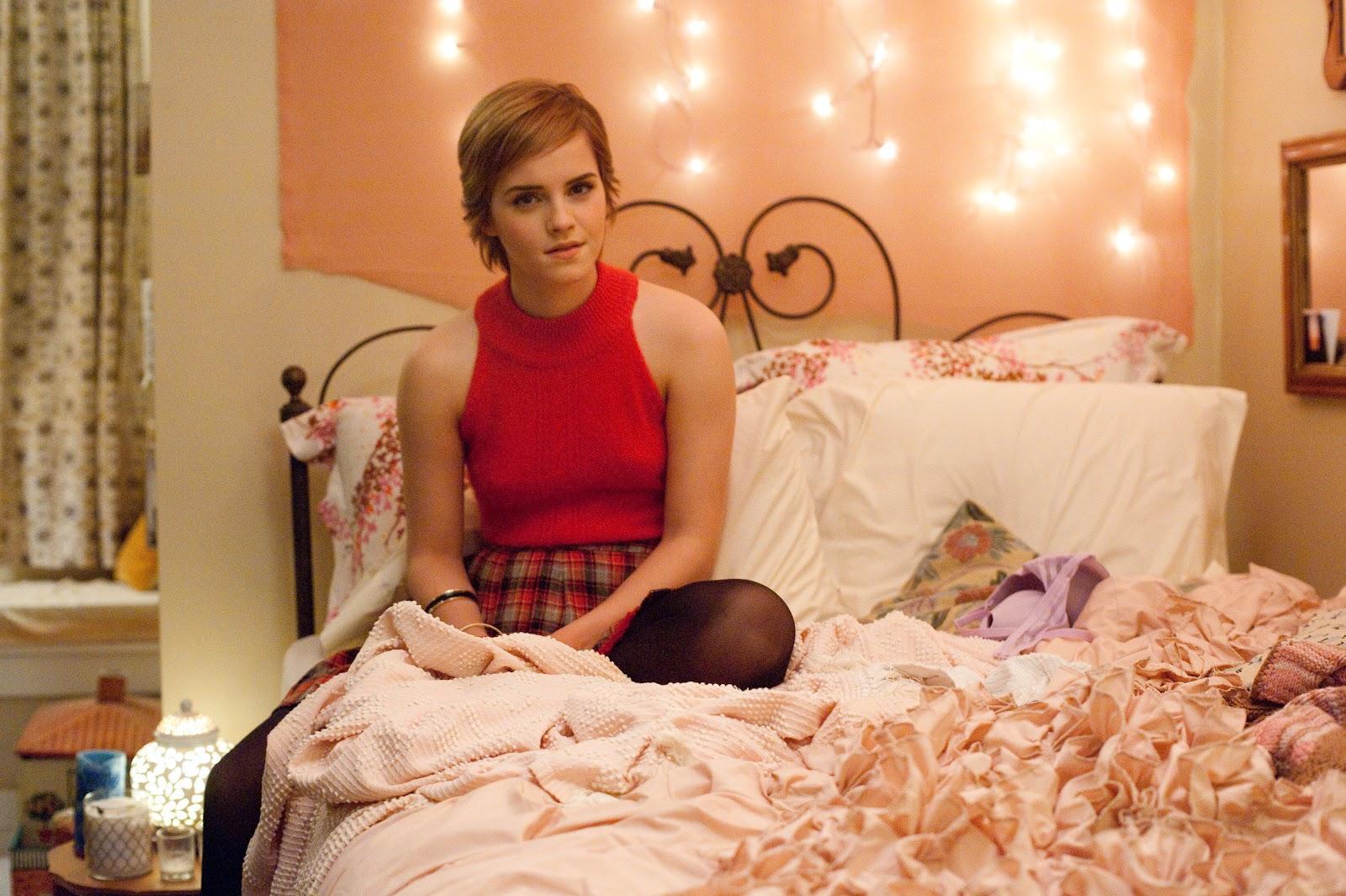 2012 – The Perks of Being a Wallflower, by Stephen Chbosky

On the following year, sharing the screen with Logan Lerman (Percy Jackson) and Ezra Miller (Credence Barebone), Emma Watson touched and infatuated all in this movie that had a lasting-impact on the gender coming-of-age (stories about transitioning from childhood to adult life).

Sam, who adopted Emma’s short hair, is a pretty and popular girl that, in her senior year, has to handle her relationships, grades, SATs, and sees herself bonding even deeper with her brother Patrick and her new friend, Charlie.

Praised by the critics, The Perks of Being a Wallflower causes an emotional explosion in everyone who have experienced adolescence. Its soundtrack, with songs from the 90s, 80s and 70s, is evocative and has a fundamental role in the plot. It is, undoubtedly, one of the best movies of Emma Watson’s career. 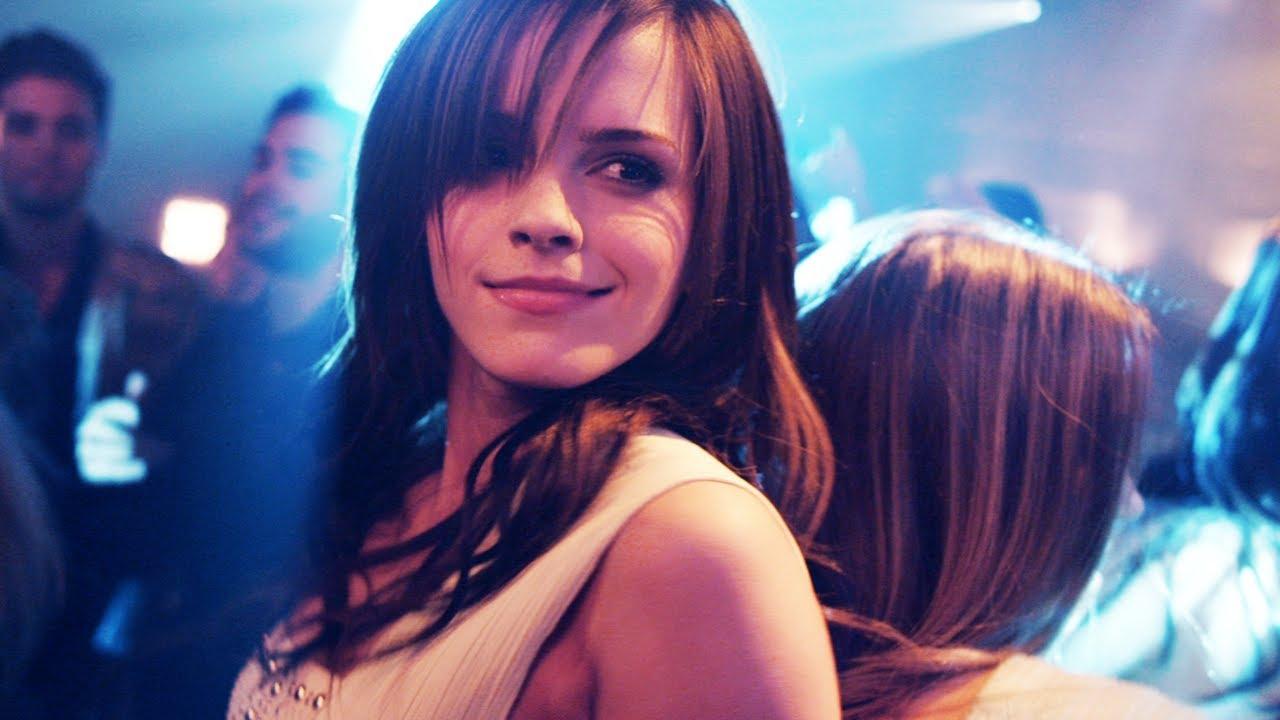 Emma Watson plays Nicki, a rich and spoiled girl that robs celebrities’ houses with friends in Los Angeles. Hair, makeup, way of talking and body language are completely new in her filmic-persona.

The famous director Sofia Coppola has in her career a common theme: privileged people, empty lives and difficulty to find yourself in the world. Her thorough and without judgements point of view is now upon a real case, denounced by the journalist Nancy Jo Sales to Vanity Fair. Coppola gets it right by turning Bling Ring into a movie that is almost observational, showing these teen’s inconsequent acts and their narcissist world. A withhold critic, but not less powerful, of the modern consumerist society. 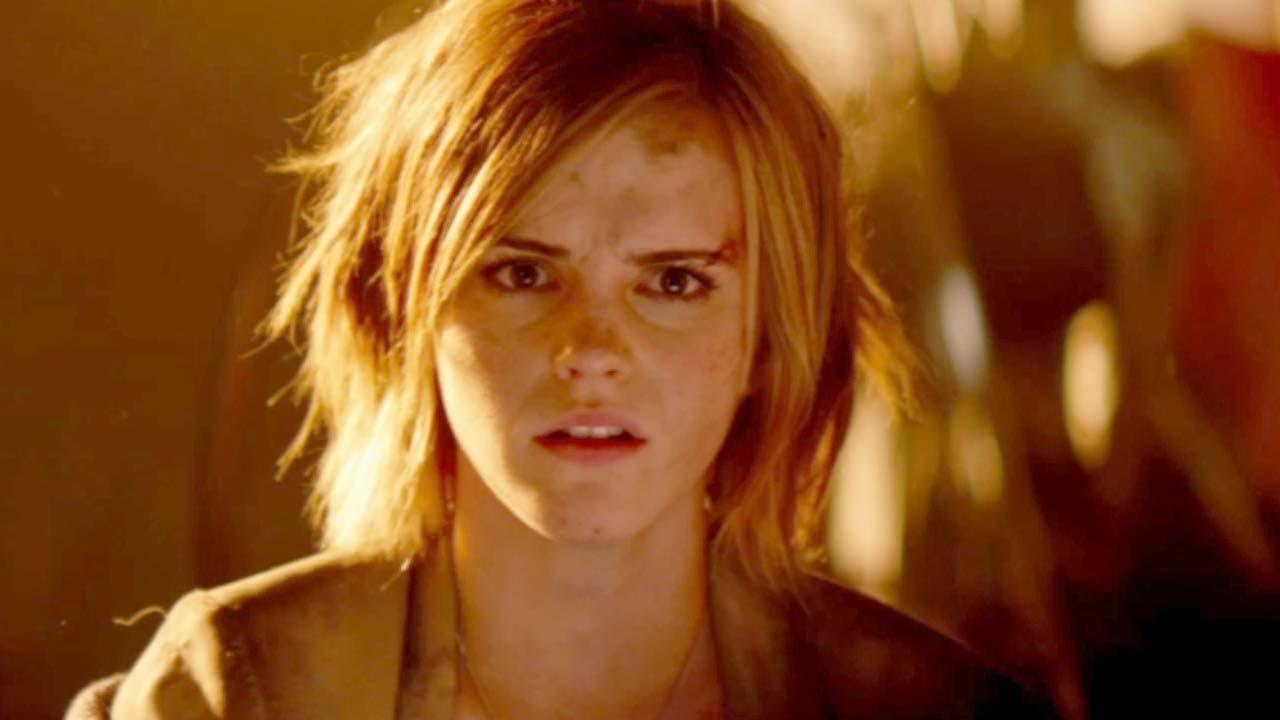 “Hermione just stole our stuff”, says one of the characters after Emma, playing herself, steals the whole group of protagonists of the movie.

In the unusual This is the End, many well-known artists play themselves. James Franco, Jonah Hill, Michael Cera, Rihanna and other stars join the apocalypse that destroys the world while they are throwing a party.

Well received by the critics, who highlighted the acid humor and the references to Hollywood, what the comedy has of absurd it also has of fun, and Emma is one of the best features. 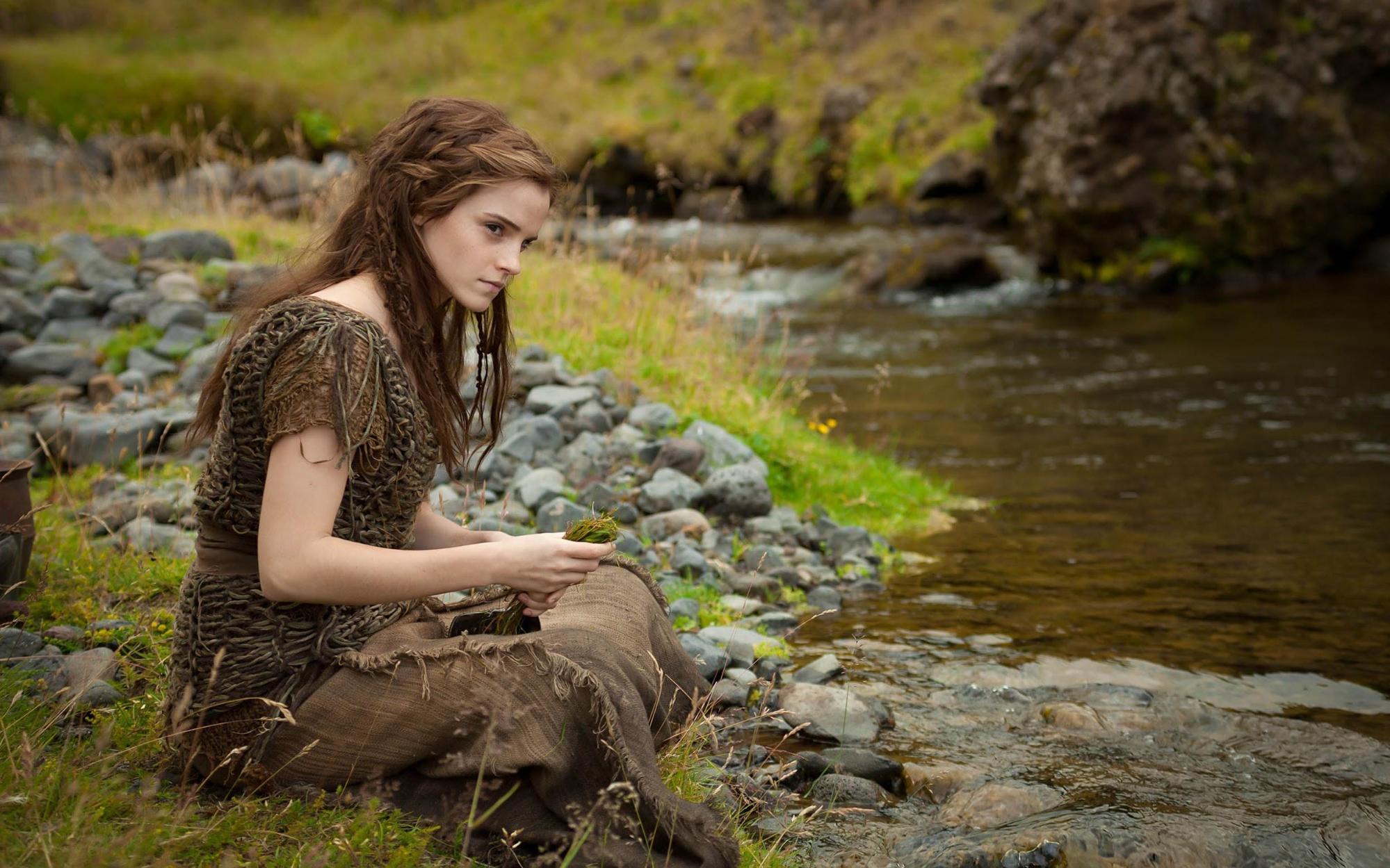 In 2014, Emma starred in Noah, that tells the well-known biblical story, but through the trademark lens of the director Darren Aronosfky, who also directed Black Swan (2010) and Mother! (2017).

In the movie, Noah is really human. He still has to save all the fauna and let thousands of human lives drown in a flood provoked by the Creator, but without saving himself from questioning and doubts.

Emma Watson plays here the adoptive daughter of Noah. Character with vital relevance to the plot, Ila is one of the most dramatic roles of the actress’ history.

The movie plot has a surprising turn. It is not the same story you are familiarized. This Noah travels through delicate matters questioning subtly the limits of sacrificing someone´s life because of faith, and stirring emotions and involving from beginning to the end.

In Regression, Emma Watson plays Angela Grey, a young woman who accuses her father of rape. The question is that, even assuming the blame, the man doesn’t remember the fact. So, it goes into the detective played by Ethan Hawke and the psychologist David Thewlis (Remus Lupin) hands to investigate the case, which becomes more thrilling at every moment.

The movie could have been a great thriller if it didn’t show itself so frustrating at every turn. Boring, anti-climatic and predictable, the movie was destroyed by the critics, not sparing anyone – including Emma who had her performance questioned. 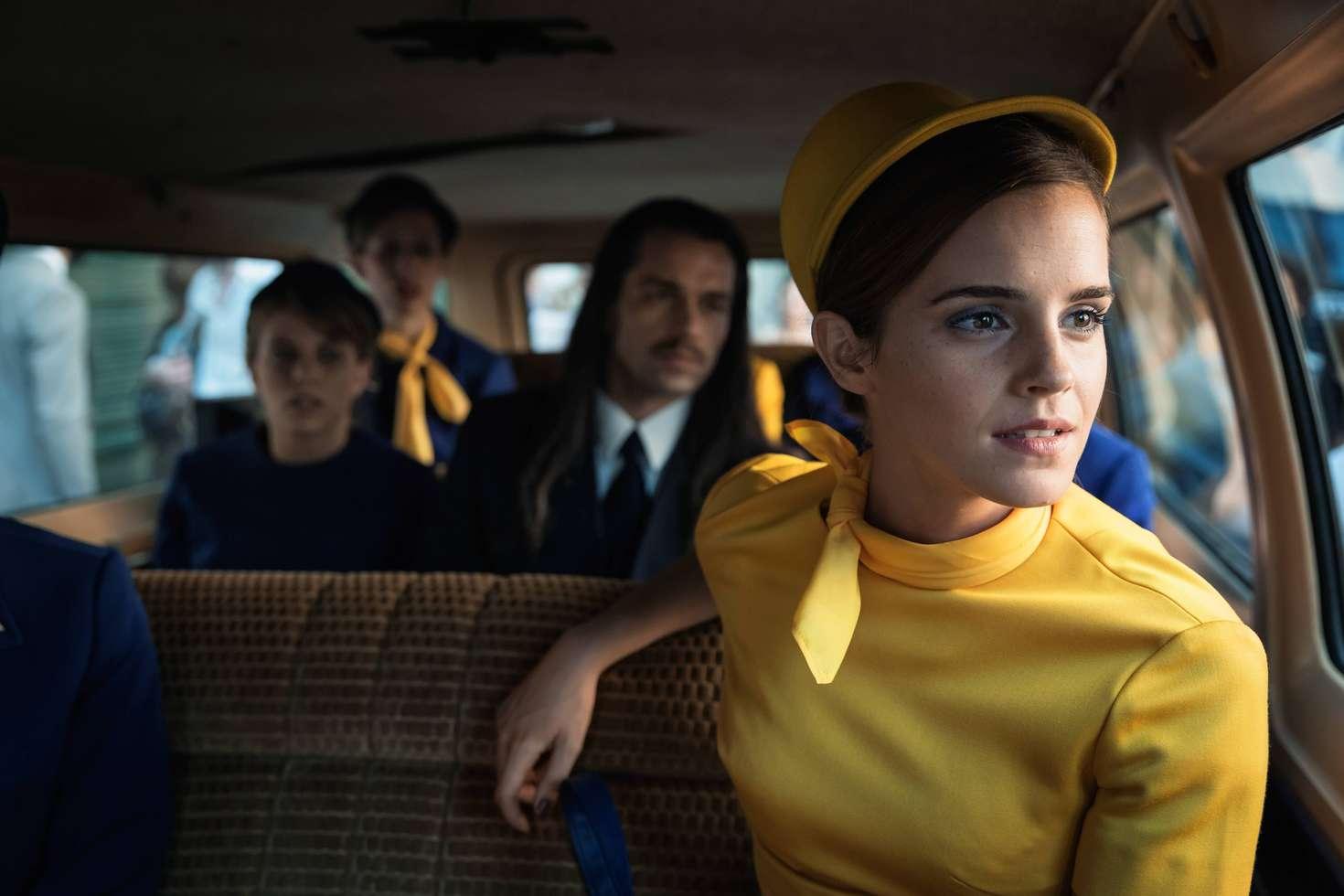 This thriller portrays one of Latin America´s most dreaded moments: the years that Colonia Dignidad existed, a religious and fascist cult that served as a facade to a concentration camp to political prisoners during the State of Chile´s coup.

Emma Watson plays, with all the pomp of heroin, the protagonist Lena, a flight attendant that lands on Santiago to visit her boyfriend who is involved with the revolution against the dictatorship. As soon as the man is arrested, Lena discovers he was taken to this Colonia. Uncovered, she infiltrates at the place and witness all the torture and humiliation cowardly inflicted by the people that manages the place. Her only hope is to find an effective way of escaping.

The movie has a really interesting plot, but doesn’t go much further. It is full of conventionalism; with a limited direction that sometimes sound as a mere movie made for television. However, Watson was praised by the specialized critics, even though they, in general, didn’t approve of the movie. 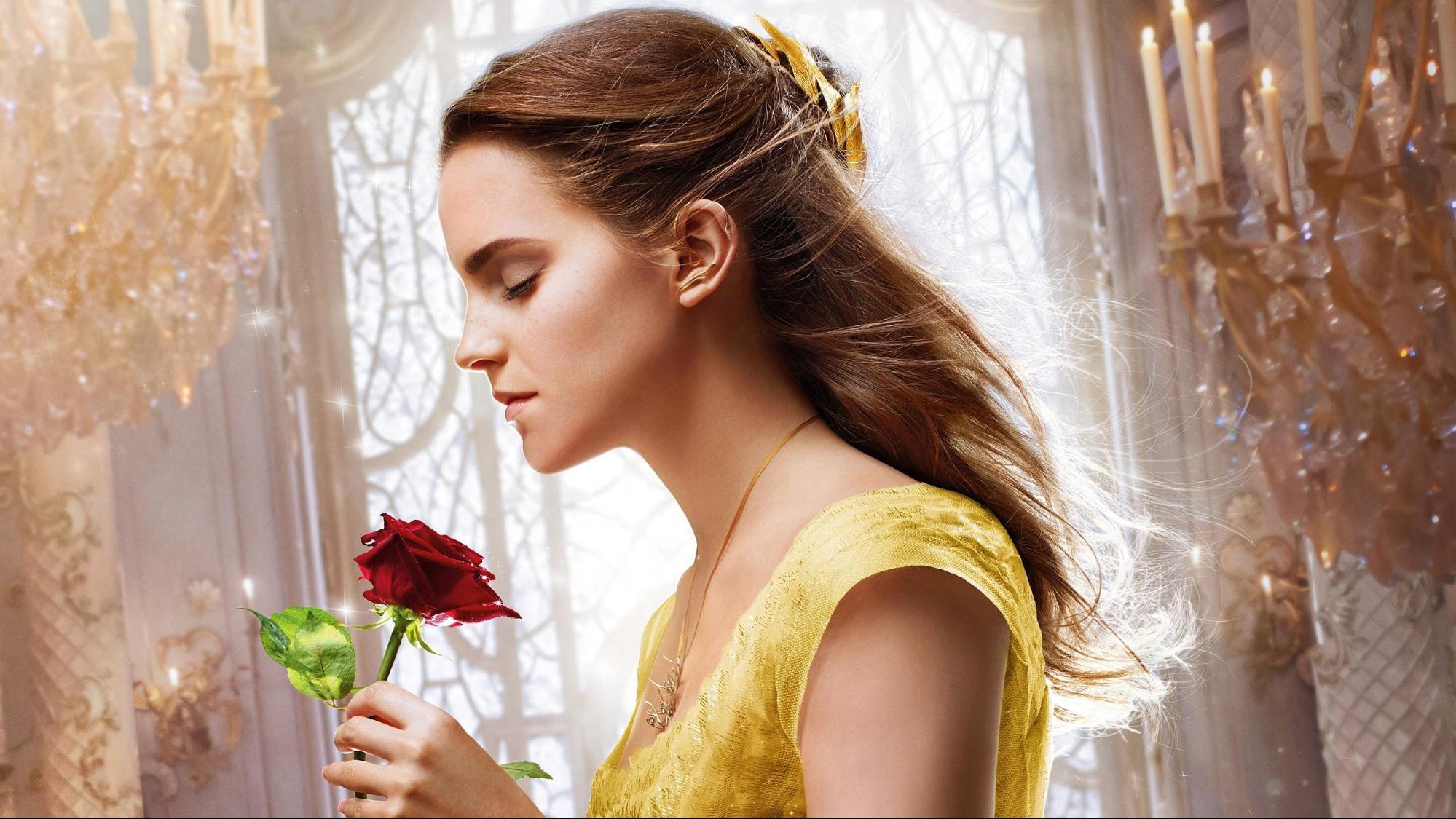 In 2017, Emma Watson went back to the movie theaters in great style with Beauty and the Beast. Her role couldn’t be any other than Belle, the smart girl, avid reader, independent and brave (remind you of someone?) that falls in love with the prince turned into a monster.

In the remake of one of the most beloved Disney animation, Emma wore the classic yellow dress and surprised in the musical numbers. She was also responsible for giving the character many nuances, from the details of the costume to the female empowerment attitudes.

The popularity of the actress and the homesick fans of the animation made The Beauty and the Beast 2017 biggest box office, giving Diney’s safes an approximate amount of 1,264 billion dollars. 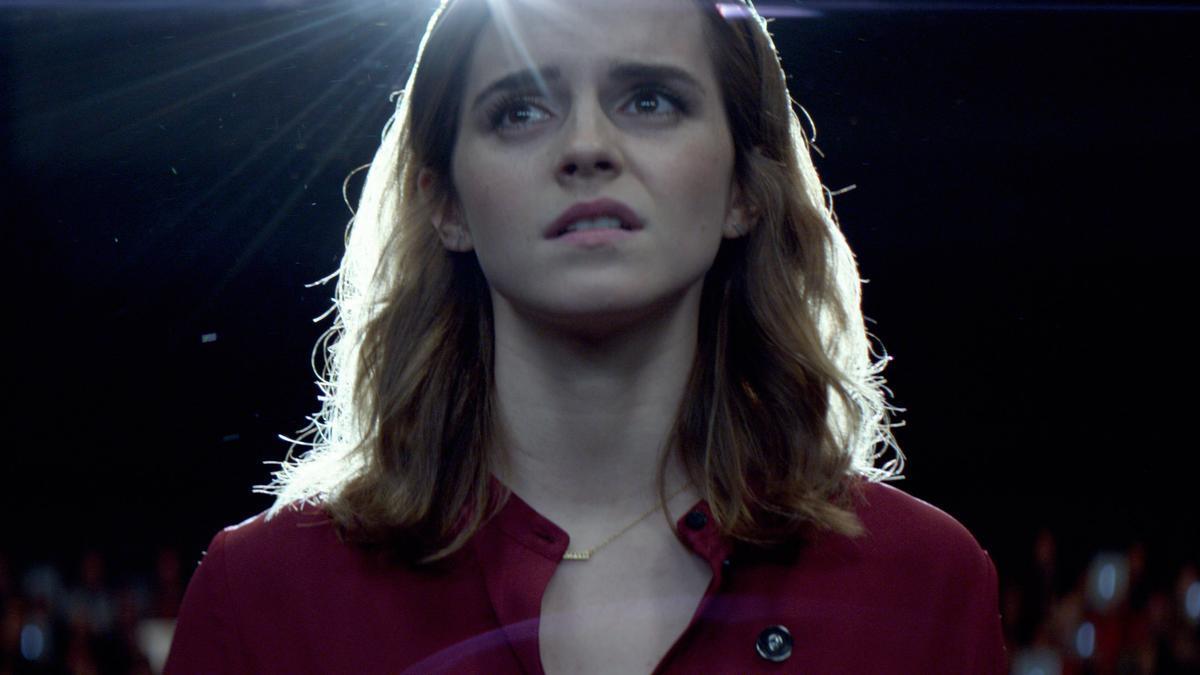 The Circle is the worst movie of Emma Watson’s career – and Tom Hank’s. Based on an homonymous book, the movie starts interesting: Mae (Watson) gets a new job at a tech company, but slowly begins to realize that things there are far from normal. From that moment on, the story becomes what a Black Mirror episode isn’t: a poorly told story about the limits of technology advances.

It is frustrating in many ways. All the plot’s characters, including Emma Watson’s, become shadows of a mediocre script. The main character has contradictory actions all the time, which doesn’t help the audience sympathy for the character and doesn’t make Emma’s job any easier.

As the movie makes its way through the end, everything is so laughable that nothing else is surprising. The Circle was massacred by the specialized critics. Emma’s acting divided opinions, even though no one dares say she was responsible for the disaster.