Dementor frightens people in Wisconsin, US

The 50 year old man made a dementor puppet and attached it to his drone so the creature could fly over people. The inspiration came from his daughter’s love for the Harry Potter universe and their fear of dementors.

The invention scared and entertained the neighbourhood so much, it went viral. The videos of the dementor flying over the neighbourhood, which can be seen below, have over 100.000 visualisations.

Irvine’s nephew, Zac Crueger, shared pictures of the prank on Twitter. They were retweeted over 170.000 times. 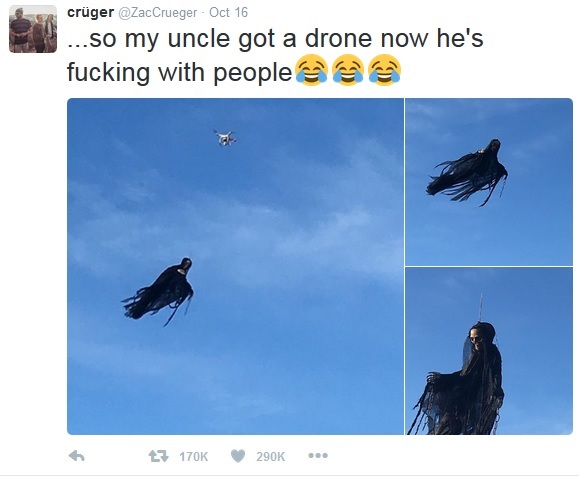