J.K. Rowling will publish 3 eBooks about Hogwarts in September

You didn’t read it wrongly, and the title is not a prank! With no official announcement until now, three digital books are planned to be published on 6th of September, and are another project from J.K. Rowling for the website Pottermore.

In all synopses a presentation of the project “Pottermore Presents” was included: “these eBooks, with writing curated by Pottermore, will take you beyond the Harry Potter stories as J.K. Rowling reveals her inspiration, intricate details of character’s lives and surprises from the wizarding world”.

Beside the titles, the books’ covers and the synopses were revealed by Amazon UK. For now, the books are only available in the following languages: Italian, German, Spanish, Japanese, French and Dutch.

Pottermore officially announced this morning the release of three digital books on September 6th. They also announced that, besides the languages already revealed before on this news, the eBooks will also be available in Brazilian Portuguese!

Among the news in the books are: an extension about Minerva McGonagall’s story – already published at Pottermore, revealing details about her participation in the Second Wizarding War, a completely new story about Horace Slughorn and we will also find out why the Black family gave her sons such peculiar names.

Scroll down to see the covers of all books and their synopses. The arts were created by the graphic design company “MinaLima”, directed by the Brazilian Eduardo Lima and his wife Miraphora Mina, the duo responsible for the film art from “Harry Potter” and “Fantastic Beasts and Where to Find Them”.

Short Stories from Hogwarts of Heroism, Hardship and Dangerous Hobbies 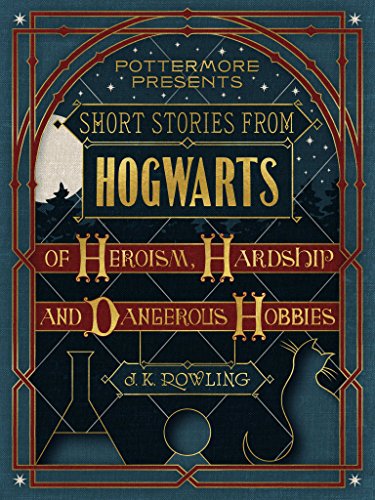 ‘Minerva was the Roman goddess of warriors and wisdom. William McGonagall is celebrated as the worst poet in British history. There was something irresistible to me about his name, and the idea that such a brilliant woman might be a distant relative of the buffoonish McGonagall.’ – J.K. Rowling

These stories of heroism, hardship and dangerous hobbies profile two of the Harry Potter stories’ most courageous and iconic characters: Minerva McGonagall and Remus Lupin. J.K. Rowling also gives us a peek behind the closed curtains of Sybill Trelawney’s life, and you’ll encounter the reckless, magical-beast-loving Silvanus Kettleburn along the way.

Short Stories from Hogwarts of Power, Politics and Pesky Poltergeists 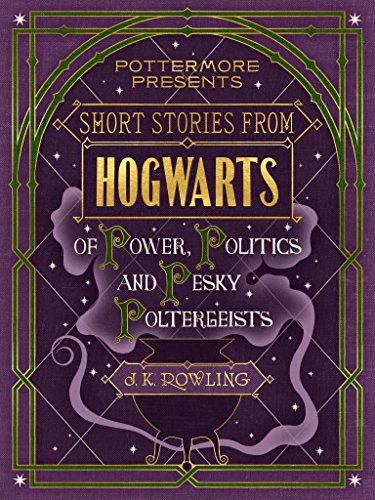 ‘No Muggle Prime Minister has ever set foot in the Ministry of Magic, for reasons most succinctly summed up by ex-Minister Dugald McPhail (term of office 1858-1865): “their puir wee braines couldnae cope wi’ it.”’ – J.K. Rowling

These stories of power, politics and pesky poltergeists give you a glimpse into the darker side of the wizarding world, revealing the ruthless roots of Professor Umbridge, the lowdown on the Ministers for Magic and the history of the wizarding prison Azkaban. You will also delve deeper into Horace Slughorn’s early years as Potions master at Hogwarts – and his acquaintance with one Tom Marvolo Riddle.

Hogwarts: An Incomplete and Unreliable Guide 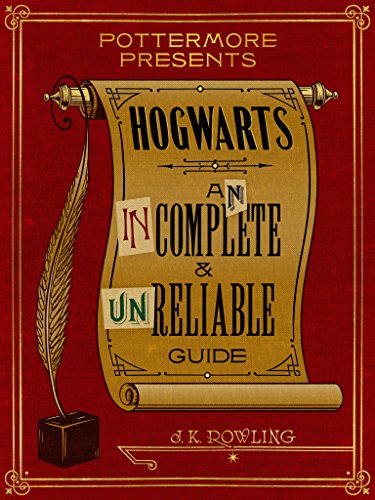 ‘The Ministry of Magic felt strongly, however, that to construct an additional wizarding station in the middle of London would stretch even the Muggles’ notorious determination not to notice magic when it was exploding in front of their faces.’ – J.K. Rowling

Hogwarts An Incomplete and Unreliable Guide takes you on a journey to Hogwarts School of Witchcraft and Wizardry. You’ll venture into the Hogwarts grounds, become better acquainted with its more permanent residents, learn more about lessons and discover secrets of the castle . . . all at the turn of a page.