“This [film] is maybe more political than the others,” says David Yates, the director of Fantastic Beasts: the Crimes of Grindelwald, in an interview to POTTERISH. He refers to the villain, Gellert Grindelwald, who preaches wizarding supremacy over muggles and, unlike Voldemort, gathers followers through his speeches.

“Grindelwald has persuasion power. He’s seductive and charismatic”, says the producer David Heyman. “He’s an absolutist. He sees only one way [to solve the problems] and makes a persuasive speech about it. Not a speech which convinces me, but you can understand why some people believe it, and it’s scary”, he analyses.

Watching his speeches, done in the underground of a cemetery, the viewers can compare it to their reality and see similarities between Grindelwald and some political and religious leaders. The director guarantees the villain wasn’t inspired by one specific person in the political scene – like Donald Trump, whom screenwriter J.K. Rowling described on Twitter as “worse than Voldemort”. “Instead of a direct political counterpoint, this film is about matters that defy and shake values of tolerance and diversity celebration. It’s about fear rising and persecution to what’s different,” says Yates. 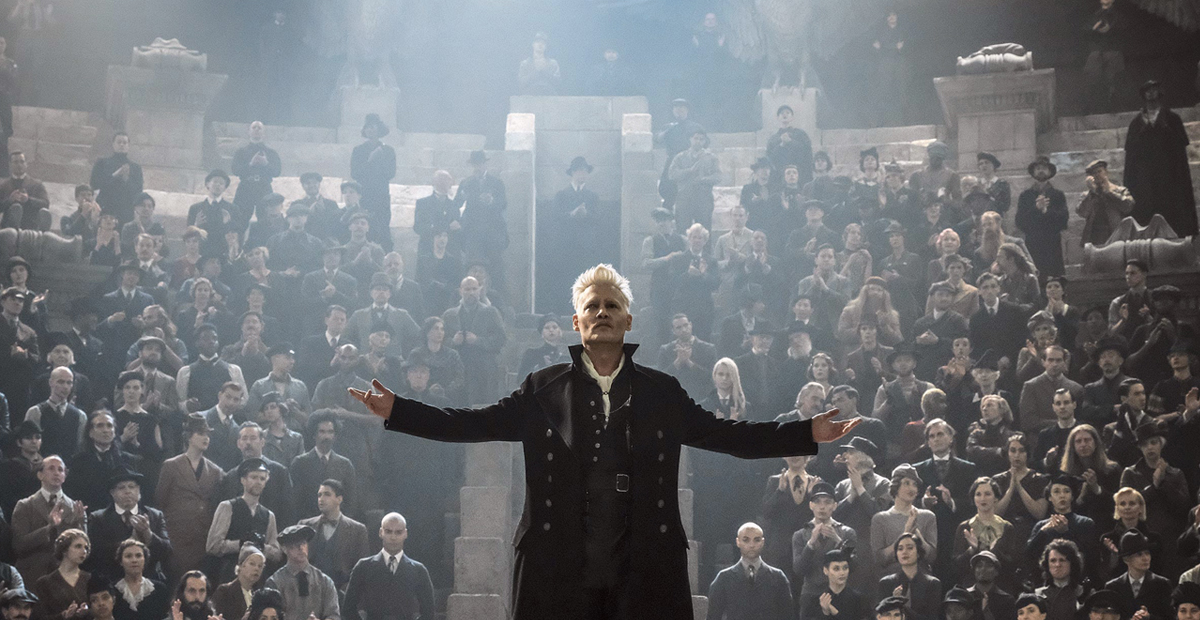 The director says that the respect to diversity is more threatened each day. “These themes are universal and timeless. What scares me is that they are becoming more relevant nowadays,” he says. “If you’re producing a film, you can’t ignore the world you created something in. It influenced Jo Rowling while she wrote the script and it influenced us when we were making the film.”

Although there are some specific points alike, to Yates, The Crimes of Grindelwald calls attention to the fight against intolerance. “We’re making a film that will be seen by millions of people, specifically by young adults, and the story celebrates the acceptance of the other, the mistrust you have to have in someone who pretends to have all the simple answers to problems. Know this is probably a lie.”

Pedro Martins is a journalism student and editor-in-chief of Potterish. He was invited by Warner Bros. to travel to England and visit the set.