Love, Simon premiered on March 16th. Based on the novel Simon vs. the Homo Sapiens Agenda, the teen romantic comedy brings to the screen Simon’s story, a gay teenager who, in living his first great love, has to deal with the consequences of coming out after being blackmailed by a classmate. Potterish has read it, watched it and talked to the author Becky Albertalli, besides speculating which Hogwarts houses the characters would be sorted into. Read here!

While most heterosexual teenagers have always been able to watch the thrills of the first love on the big screen, homosexuals have not. As simple a narrative as it is, Love, Simon is a landmark. It is the first time that a big Hollywood Studio (20th Century Fox) produces a movie in which the leading role is a homosexual, and not a stereotyped supporting role. Different from other movies amongst the genre, in Love, Simon homosexuality is dealt without big dramas, tragedies or an unhappy ending. Everyone deserves a great love story, after all. 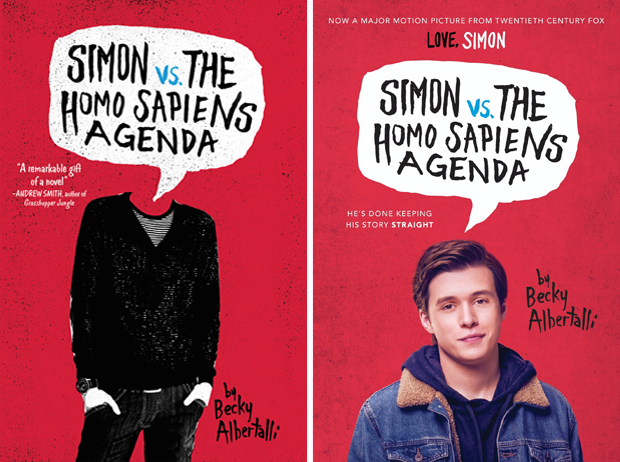 Simon’s story, just as Harry Potter’s, is built upon love and empathy. The author proposes, along this and her other stories, breaking the standards established by our society. As if homosexuality wasn’t enough, the representativeness goes beyond: in the movie there are black and fat leading roles as it is in the book.

Hogwarts, despite the lack of LGBT representativeness, has been a safe place for this group that still stands on the sidelines. In Hollywood, we hope that Simon kickstarts the production of movies that become a safe place with direct representation. Simon and his courage are already a font of inspiration: around the world, teenagers are using the movie as a way to come out to their families and friends.

“I think Harry Potter has been a big part of my writing journey. One of the things I love most about the series is how real the characters feel, and how invested I am in their relationships. That’s something I try to carry into my work,” says Becky Albertalli. Such a fan of Harry Potter, that she’s even offered a course on The Wizarding World of J.K. Rowling while she was in college. 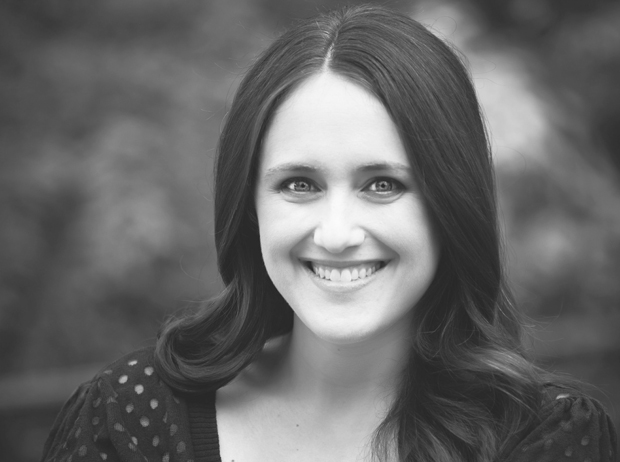 Simon vs. the Hogwartsapiens agenda

A sorting hat 100% approved by the creator of the characters!

Simon: Hufflepuff
Simon is enchanting. He cares a lot about his friends, even though he may upset them at times for being too hurt and involved in his own problems. Most of the times, he is very sweet; always praising his younger sister’s food, even when her experiments in the kitchen go wrong. Despite being blackmailed on his biggest secret, Simon stands for what he thinks is right and does not let anyone treat him cruelly. In the movie, there’s even a Hufflepuff badge in his bedroom on the bulletin board!

Blue: Ravenclaw
Blue is Simon’s first love. They meet virtually (via email, specifically) and don’t even know each other’s true identities, but they build a very strong bond for sharing the same fears and frustrations about homosexuality. Besides being very smart, Blue has a talent for words and an excellent grammar. He’s also intuitive and can read people’s emotions easily. He would, no doubt, go to Ravenclaw!

Leah: Slytherin
Funny and sarcastic, Leah is Simon’s best friend since they were children. She was, also, the one who presented Simon with his favorite ship: Harry and Draco Malfoy. Leah is very ambitious and resilient, but she’s not unbreakable and is always up-to-date with Creeksecrets, a Tumblr blog in which Simon’s schoolmates post their memes and gossip.

Abby: Gryffindor
Abby is the new girl at school. Extremely loyal, Simon trusts Abby even though they’ve only met recently. When she gets sad about Simon’s attitude, she is brave enough to let him know he’s made a mistake. Remember what Dumbledore said? “It takes a great deal of bravery to stand up to our enemies, but just as much to stand up to our friends.”

Nick: Ravenclaw
Just like Leah, Nick is a childhood friend of Simon’s. In Hogwarts, he would be a Hatstall, because even though he might do well in Gryffindor for being the star of the school’s football team, the Sorting Hat would sort him into Ravenclaw after long consideration. Although it isn’t shown in the movie, Nick is very intelligent about music. He never lets go of his guitar and is always praised for his musical skills.

If you enjoyed Simon…

The good news is that the author has already two other published books. The Upside of Unrequited, published in 2017, features a 17-year-old girl who’s fallen in love 26 times, but, afraid of being rejected for being fat, she always decides to hide her feelings away. Leah On the Offbeat, which will be available at bookstores on the 24th of April, is a sequel for Simon’s story, told by his best friend Leah during their last year of high school. 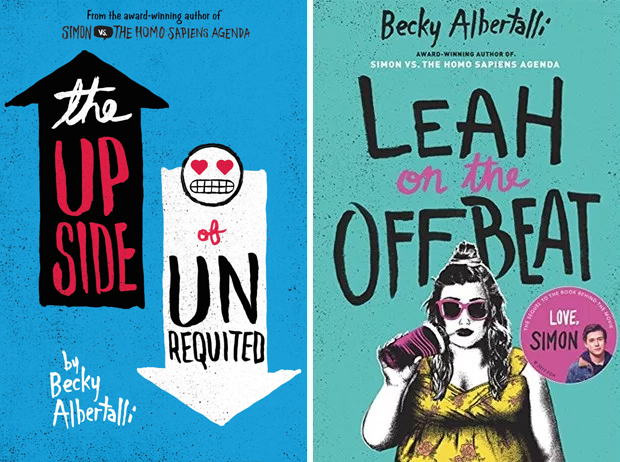 Article edited by Pedro Martins and translated into English by Dimitri Manaroulas.