Matthew Lewis has just rediscovered his love for the “Harry Potter” universe.

“A giant congratulations and an even bigger thank you to these guys and the rest of the cast of [Cursed Child],” he captioned a photo with members of the play’s cast. “To be in the movies was a dream come true but it became work and I forgot what it was to be a fan a long time ago. However, over the last two nights I was able to enjoy the world of Harry Potter once again. To lose myself in a story so rich and so powerful and, more importantly, that I had nothing to do with was truly magical. I felt like I was nine years old again, discovering it all for the first time and it is very, very special.”

The actor also posted a photo with part of the cast from Cursed Child: 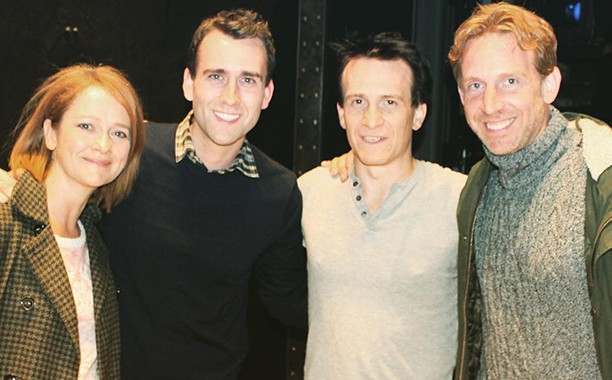 Lewis was not the first member of the Harry Potter films’ cast to watch the play. Emma Watson, Rupert Grint, Bonnie Wright, and Helena Bonham-Carter have all seen the show. Daniel Radcliffe, however, has said it might be a while before he joins them.

“I want to see the show, I am genuinely intrigued and I hear it’s fantastic. I just feel like sitting in an audience that will, for the most part of the near future, be very enthusiastic Harry Potter fans might not be a … relaxing way to see a show. So, I guess, not for the time being.”