After the announcement that “Harry Potter and the Cursed Child” was nominated to the Evening Standard Awards, the play won one of the most important awards of the night during the ceremony on November 13th.

The play was nominated for best director (John Tiffany), best design (Christine Jones) and emerging talent (Anthony Boyle, who plays Scorpius Malfoy), but ended up taking the most important award of the evening for best play, presented by the famous actress Dame Maggie Smith (Minerva McGonagall).

Check out parts of the ceremony on the news extension!

And don’t forget! The screenplay for “Harry Potter and the Cursed Child” is running for best fantasy book of the year at the Goodreads Choice Awards 2016 semi-final, know how to vote!

The award was received by main writer Jack Thorne, who commented during his speech how weird it is to win best play of the year. Director John Tiffany was also on stage and made his acknowledgements. The important part of the speech was said by the actress Noma Dumezweni (Hermione Granger) who read a special message from J.K. Rowling:

J.K. Rowling celebrated on Twitter and thanked Norma for “playing” her on the ceremony.

Loved by the public and fans, actor Anthony Boyle (Scorpius Malfoy) was there as well: 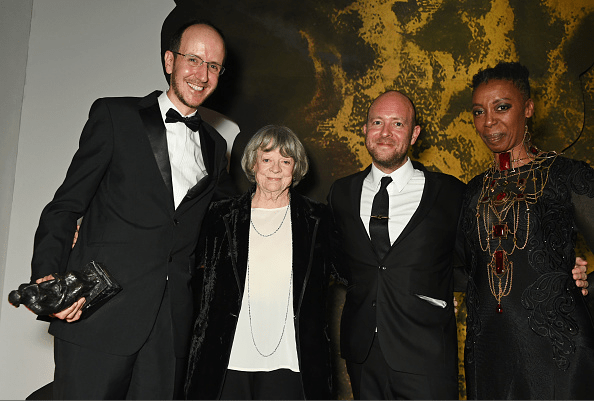