From November 17, 2018, to January 6, 2019, visitors will be able to watch the “Christmas in The Wizarding World of Harry Potter”, a spectacle of lights projection at Hogwarts Castle with the soundtrack from the Harry Potter’s series. Furthermore, there will be a capella choir with Hogwarts students and their giant frogs singing Christmas carols. Every night, snow will fall over the park. 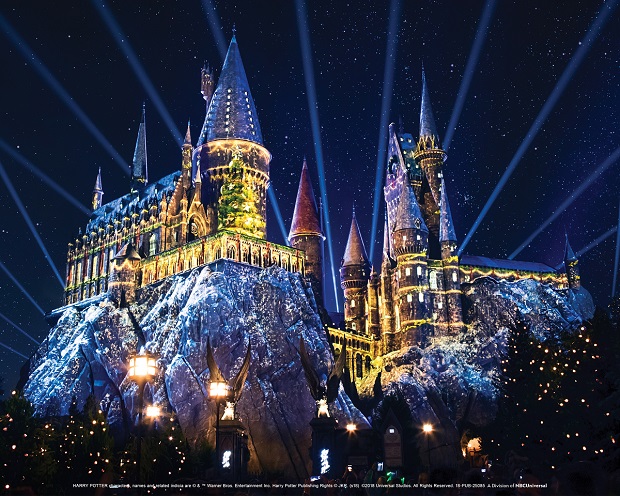 The shops at Hogsmeade Village will be individually decorated and will sell Christmas decoration, such as Hogwarts Castle snow globes and Christmas tree decoration with Hogwarts crest and mascot ornaments representing each of the houses. During the celebrations, hot Butterbeer will be sold in the park restaurants. For more information, access the official website.