Pottermore revealed this Wednesday, 30rd, the cover for Fantastic Beasts: The Crimes of Grindelwald screenplay.

Written by J.K. Rowling, the screenplay will come out in UK, United States and Canada simultaneously to the movie premiere, on November 16th. In France, it will be released one day before. Pottermore will release digital versions of the books. 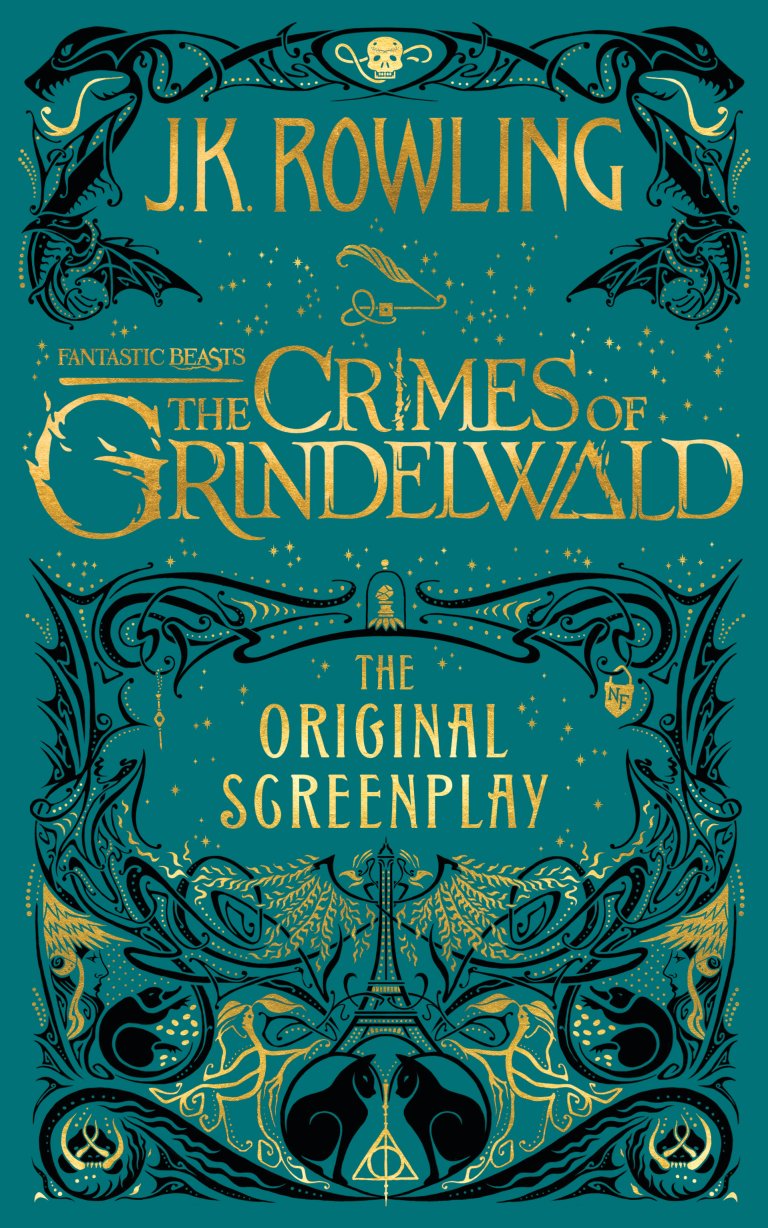 The cover, which follows the same style of the first movie screenplay, was created by MinaLima studio, composed of graphic designers Miraphora Mina and the Brazilian Eduardo Lima. With Eiffel Tower being the centerpiece, the artwork pays homage to Paris, main set of the movie. There are also symbols from the Wizarding World, such as the Deathly Hallows, a locket with Nicolas Flamel’s initials, magical creatures and, unknown items so far, like a skull and a piece of jewelry.

+ A Brazilian in Harry Potter: 9 curious facts by Eduardo Lima

Written by J.K. Rowling and directed by David Yates, Fantastic Beasts: The Crimes of Grindelwald premiers on November 16th, 2018, the sequel takes place in New York, London and Paris, with references to the Harry Potter stories. A few months after being captured, Grindelwald escapes dramatically from MACUSA and conquers followers to his witch supremacy cause. With help from the magizoologist Newt Scamander, the only wizard capable of stopping him is Albus Dumbledore, a Hogwarts professor. In a darker era of the Wizarding World, the characters will face dangers to test their loyalty.