Light Spectacle at Hogwarts Castle returns to the Park in Hollywood

The west-coast version of The Wizarding World of Harry Potter, at Universal Studios Hollywood, has prepared news to the summer, including the return of the nighttime light spectacle at Hogwarts Castle.

The spectacle The Nighttime Lights at Hogwarts Castle returns, for limited amount of time, starting on June 24th. The performance is accompanied by an inedit musical arrangement created by John Williams, composer of the score from the first three movies in the Harry Potter series and five times Academy Award Winner. 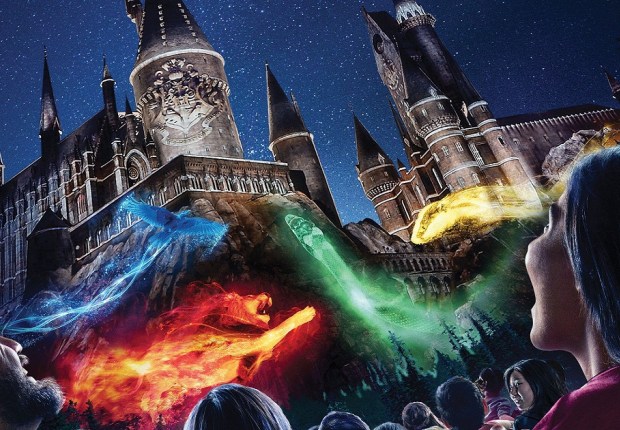 Besides the famous Hogwarts robes, the Gladrags Wizardwear will sell replicas of Professor Snape’s robes, Neville’s sweater from the Battle of Hogwarts and Hermione’s dress from the Yule Ball.

Lastly, the visitors of the park will have the opportunity to practice inedit spells on the shop windows from Diagon Alley. Alohomora will unlock doors that can reveal a hidden creature behind a secret door while Incendio will cast fire on different proportions, depending on the wizard’s ability. Besides, the visitors will be able to interact with Madam Malkin’s Talking Mirror and, at Three Broomsticks, there will be new options of traditional British dishes.

Opened in April, 2016, The Wizarding World of Harry Potter in Hollywood is the most recent Harry Potter theme park. According to TripAdvisor, it is one of the most visited attractions in Los Angeles.