SOUNDTRACK FROM FANTASTIC BEASTS IS ON PRE-ORDER

With less than three weeks for the release of “Fantastic Beasts and Where to Find Them”, Warner Bros. just announced the pre-order from the original film soundtrack.

WaterTower Music Records have already revealed the first four tracks, which you can check here

The film original Soundtrack was composed by James Newton Howard, winner of Grammy and Emmy awards. James Howard is also known by his work in another blockbusters such as “Maleficent”, “Hunger Games”, “Batman – The Dark Knight”, and “Batman Begins”.

About his work on the wizard world, James Howard says:

“In a certain way, it is like entering a family, I felt very welcomed. The film scope, emotionally and visually, is vast in every sense. There is a lot of fun, magic, and pure beauty, and there are also scary and dark moments. The score helps to tell the story. It was great to create themes for all different characters e give a musical voice to this new wonderful adventure. It was a perfect collaboration between the musicians and the production team, and I genuinely loved the work”.

WaterTower Music director, Jason Linn, reveals to be enthusiastic about the work with Howard:

>“He was the perfect partner for the creation of a new wizard world from JK Rowling and did a wonderful job giving this new world an original musical voice which is beautifully executed”.

The Soundtrack from “Fantastic Beasts and Where to Find Them” is already on pre-order on Amazon and iTunes.
It will also be released a Limited Edition LP Picture Disc 12 inches (30 centimeters), with film arts and alternative versions of the tracks “A Man and His Beasts” and “Kowalski Rag”. Reservations can be made on Amazon US. 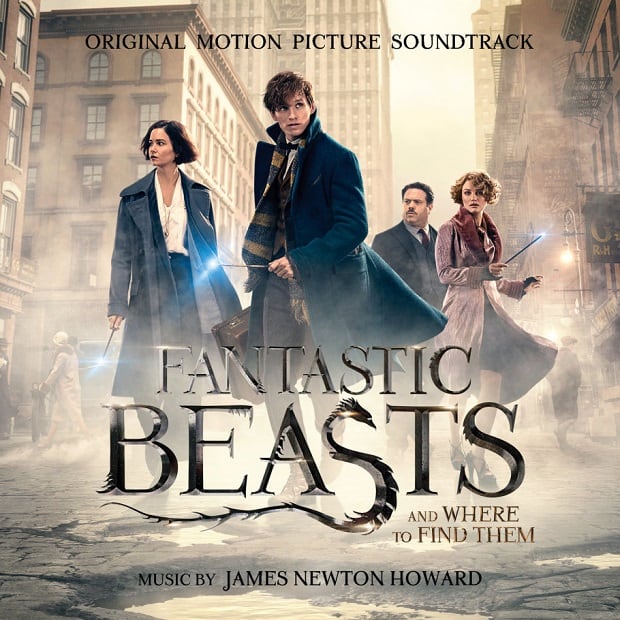 1. Main Titles – Fantastic Beasts and Where to Find Them
2. There Are Witches Among Us / The Bank / The Niffler
3. Tina Takes Newt In / Macusa Headquarters
4. Pie or Strudel / Escaping Queenie and Tina’s Place
5. Credence Hands Out Leaflets
6. Inside The Case
7. The Erumpent
8. In The Cells
9. Tina and Newt Trial / Let’s Get the Good Stuff Out / You’re One of Us Now / Swooping Evil
10. Gnarlak Negotiations
11. The Demiguise and The Occamy
12. A Close Friend
13. The Obscurus / Rooftop Chase
14. He’s Listening to You Tina
15. Relieve Him of His Wand / Newt Releases The Thunderbird / Jacob’s Farewell
16. Newt Says Goodbye to Tina / Jacob’s Bakery
17. End Titles – Fantastic Beasts and Where To Find Them

1. A Man and His Beasts
2. Soup and Leaflets
3. Billywig
4. The Demiguise and The Lollipop
5. I’m Not Your Ma
6. Blind Pig performed by Emmi
7. Newt Talks To Credence
8. End Titles Pt.2 – Fantastic Beasts and Where To Find Them
9. Kowalski Rag