Five characters we missed on the big screen

With complete and detailed books, it’s inevitable that, in the process of adaptation from the pages to the screen, many changes are made and many scenes and characters suffer dreadful cuts. However, some of them makes us sadder than others. That’s what happened with these five characters:

Winky
Winky is a house elf that, unlike her friend Dobby, totally despises the idea of not having masters. She’s introduced in The Goblet of Fire as Mr. Bertemius Crouch‘s elf and, after the Death Eater attack at the Quidditch World Cup, ends up being fired unfairly. Free and bitter, she starts working at Hogwarts‘ kitchen and becomes a heavy butterbeer drinker to drown her sorrows.
Ludo Bagman
Ludo Bagman is introduced to us as Head of the Department of Magical Games and Sports. He is one of the people responsible for the Triwizard Tournament on Harry’s fourth year. Funny and always in a good mood, doesn’t hesitate in making bets. However, on the matter of paying his debts, don’t expect much joy from his part.
Merope Gaunt
Mistreated by her family, Merope Gaunt fell in love with a local Muggle who didn’t reciprocate her feeling. The witch, then, forced him to marry her with a strong Love Potion. But after some time living the lie, she gives up giving him his daily dose of potion.  It’s when the Muggle named Tom Riddle leaves her, and from this troubled relationship the one who becomes one of the most powerful dark wizards of all time is born: Lord Voldemort. 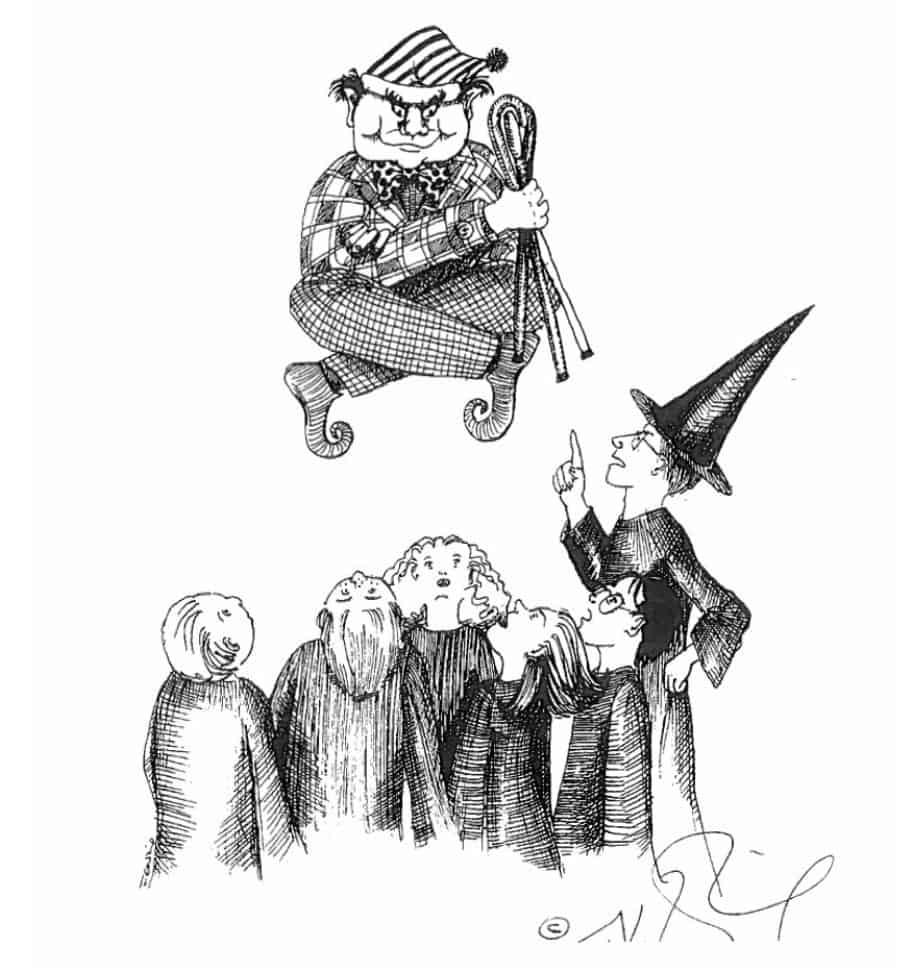 Illustration by the author J.K. Rowling.

CONTINUA DEPOIS DA PUBLICIDADE
Peeves
One of the characters the fans miss the most on the film is, surely, Peeves, the poltergeist. A constant presence in Hogwarts, the school’s official troublemaker pranks students and teachers for fun, besides pestering Filch, Hogwarts’ caretaker, as much as he can.

““Not doing nothing!” cackled Peeves, lobbing a water bomb at several fifth-year girls, who screamed and dived into the Great Hall. “Already wet, aren’t they? Little squirts! Wheeeeeeeeee!” And he aimed another bomb at a group of second years who had just arrived.

“I shall call the headmaster!” shouted Professor McGonagall. “I’m warning you, Peeves —”

Peeves stuck out his tongue, threw the last of his water bombs into the air, and zoomed off up the marble staircase, cackling insanely. “

Harry Potter and the Goblet of Fire, Chapter 12.

Carlinhos Weasley
One of Ron’s older brothers, Charlie Weasley is a dragon lover and also considered one of the most talented seekers the Gryffindor Quidditch team ever had. Harry meets him in person in Goblet of Fire – he helps bringing the beasts used on the first task of the Triwizard Tournament to Hogwarts. Charlie is also a great friend of Hagrid, since both share a passion for wild and misunderstood animals.

Alexya Mereth discovered reading at the age of 11 through the magic of Harry Potter, and since then never abandoned it. Proud Ravenclaw, is from the field of engineering, but an art and literature enthusiast, resorting to them when possible.