Empire published this week the cover of its new edition, which shows an impressive art from “Fantastic Beasts and Where to Find Them”.

The subscriber-only cover shows the magizoologist Newt Scamander (Eddie Redmayne), dwarfed by a Thunderbird, the giant mythical creature glimpsed briefly in one of the trailers. The regular newsstand cover will be revealed next week, and will go on sale Thursday 27 October. 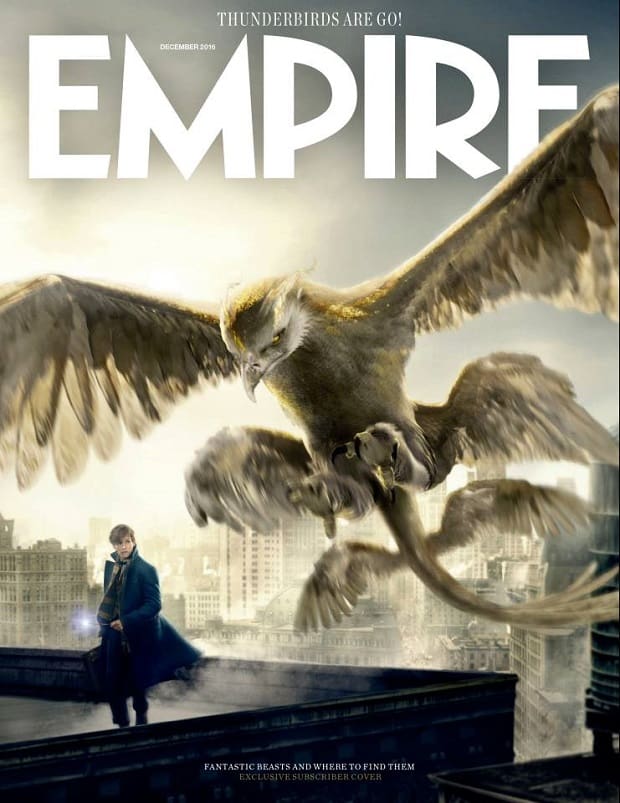 The magazine also announced they are producing the world’s first moving cover. This video-cover version of the new issue will have an extremely limited-edition run, with only 5,000 copies available. Full details of that will be posted next week on their website.

“Fantastic Beasts and Where to Find Them”, the first of five movies from the new Harry Potter franchise, was directed by David Yates, produced by David Heyman and is J.K. Rowling’s debut as screenwriter. The movie will come to theaters on November 18th.