Have you ever imagined read an edition from The Daily Prophet in the Muggle (or No-Maj) world?

Thanks to some new ground-breaking technology, Empire magazine made this dream come true and brings for the first time in the market a video cover. The cover, which will be modelled on American wizarding paper The New York Ghost will be magically embedded with moving videos.

“’The cover is a double layer of card and inside is a video-screen,’ Jonathan explained. ‘Beneath the card are microchips and circuit boards, which lead to buttons that you press on and off, and they lead to two videos. The idea was obviously based on the Harry Potter universe. The video screen is like a moving picture on the front page of a newspaper”.

The cover will play two videos: one featuring a behind-the-scenes tour of the movie and a chance to hear from its stars, including the movie’s director David Yates and its writer, producer and creator J.K. Rowling herself. The second video shows the film’s latest trailer. Here’s a handy guide published by Empire to how the video works.

There will only be 5000 copies of the limited edition with video cover (photo below). They will be available for £9.99 exclusively at participating Sainsbury’s from Thursday, 27th of October on. 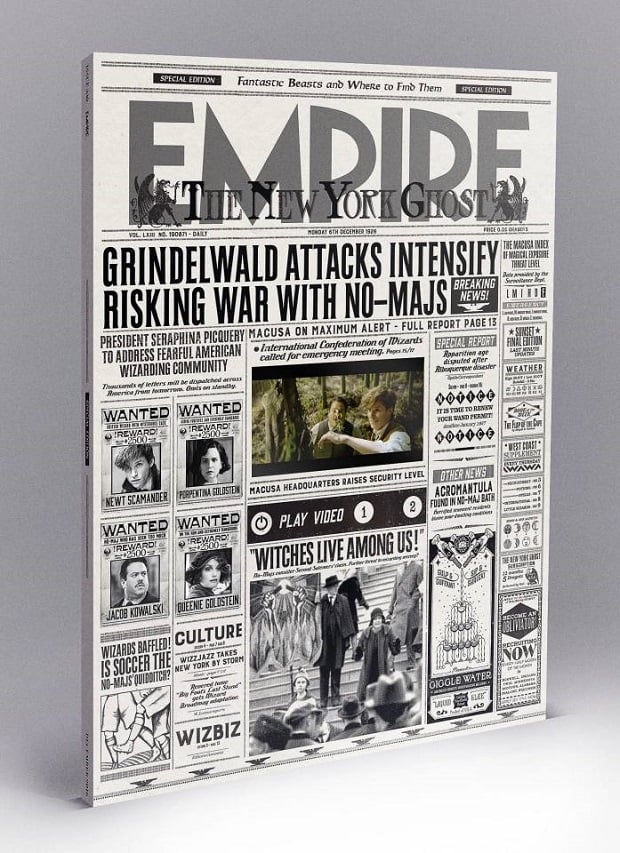