The online store Merchoid revealed yesterday new tshirs and hoddies officially licensed and inspired by “Fantastic Beasts and Where to Find Them”.

The collection reveals some new details from the movie, like the brand-new american wizard magazines “The American Charmer” and “The Witch’s Friend”.
In addition, it brings tshirts with the campaign against witches in America and an art from a wanted poster.

Avaliable in various sizes and prices, the tshirts are already in pre-sales and will be launched on October 20th 2016. 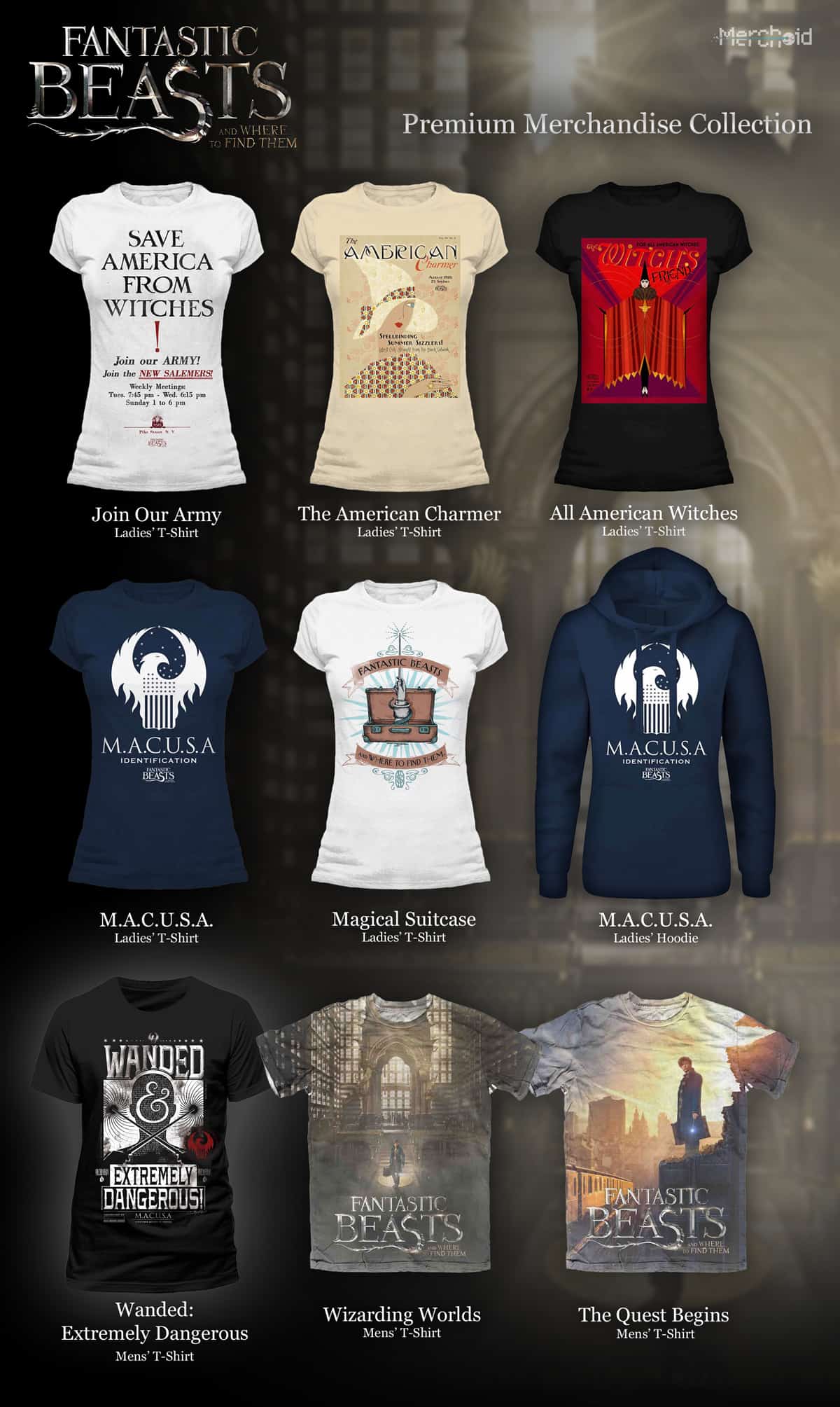