As we reported previously, LEGO announced the addition of a lot of characters to its game “Lego Dimensions”. Amongst the new ones, there’s Newt Scamander. This week, they released new images of the pieces that come along with Newt. 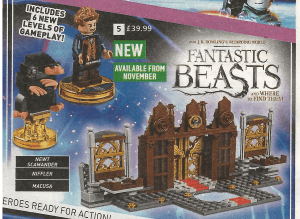 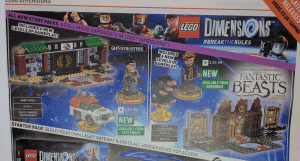 The Argos catalogue, sold on the UK, released pictures and informed that on November they will launch Newt, MACUSA’s gate and the Niffler, all in the same pack, which can be developed on 6 levels based on the movies’ story.

The pack will cost around 39,99 pounds. The sales begins on November in the UK and in the USA.